One of the hardest aspects of being out on the water in a jet boat is leaving and returning to shore, and not just because the trip is over. The process of docking and trailering a jet boat is often a difficult and complex procedure, especially when factoring in high winds or choppy waters. Jet boats are made for their steering to handle correctly while moving fast, and as a result, low-speed control is something that escapes them.

Because the controls work less efficiently outside of high speeds, they experience bow wandering. The front of the boat wobbles between left and right, left and right, over and over again. When you're trying to maneuver in a tight space or slide up against a dock, being accurate in the direction you're heading is extremely important.

Along with complicating the process, this direction change can be detrimental to your boat and what surrounds it. If you try to sail a straight line back to a docking station but you can't get the boat to stay straight, you risk hitting the dock and scraping the sides of your watercraft. In crowded waters, it can be an even bigger risk. 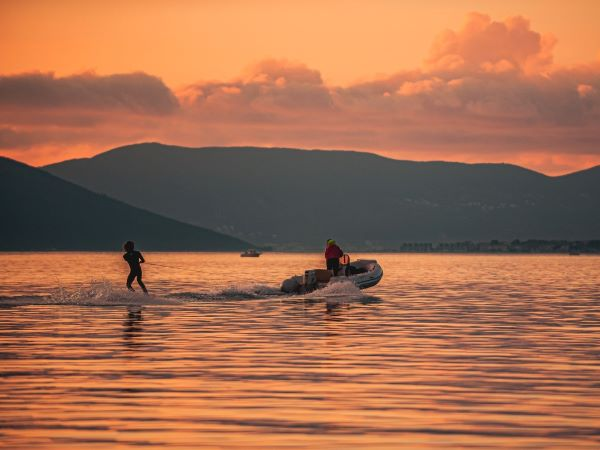 Bow wandering is an issue occurring because of the pressure of the water as you ride. When you slow down, you're no longer creating an open wake behind you on the water. The boat is still pushing water out of the way, and it falls back into place around the back of the boat.

This creates small vortices along that create continuous drag along each side of the stern. Without additional forward propulsion, the drag is enough to make watercraft wobble, causing bow wandering.

What You Can Do You

When not on a jet boat, you can utilize trim, get propellers with more surface area, or switch to a dual-prop drive. A jet boat doesn't utilize external propellers for torque and rarely has trim (as it doesn't have the issues of external motors), so you can't use these materials or tactics.

When on a jet boat, some adjustments can be made by using only the throttles to steer, not using the wheel. Mostly, you'll want to utilize the attachments you can use on a jet boat. Acting like the rudder on a more basic boat, fins can be attached near the jet to balance and stabilize your course in low-speed areas. It allows for this low-speed control in areas where precision is key, even with little practice.

Most fins of this kind can then inhibit some of the precision turning and maneuvering for a tight u-turn. U-turns aren't imperative to jet boat function, of course, but they're one of the great aspects of having one. JetBoatPilot has developed a version of these fins, the Thrust Vector, that removes this issue.

What Is The Low-Speed Control Thrust Vector? 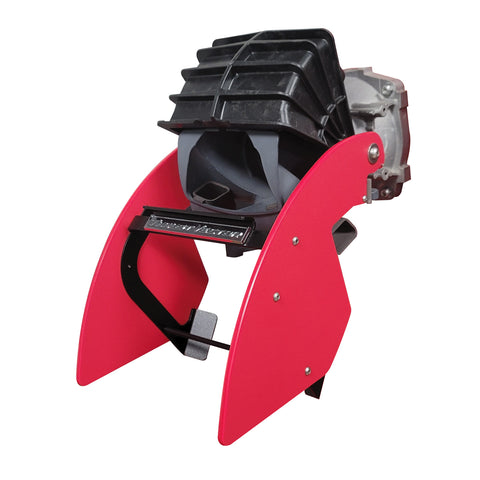 When in water with slower speed requirements, the Thrust Vector is held in position by an open spring. The spring is able to compress, so as you increase speed, and when at higher speeds, the jet boat creates thrust that compresses the spring. This lifts the thrust vector and presses it snugly against the boat, reducing drag and minimizing the risk of underwater impacts.

No Underwater Impacts Ever

In the case of underwater impacts when it is down at low speeds, the Thrust Vector is manufactured to resist damage to itself and your boat. Despite being directly attached to the boat, the Thrust Vector has over 8 years of 100% accident-free history. This is due to the polymers used in the design to make it specific for use in extreme marine environments. It is safe for swimmers who might come in contact with them, but most impressively, it is flexible and maneuverable to avoid damage from anything it comes into contact with.

Utilizing the Thrust Vector is a huge benefit as having low, slow speed control creates an opportunity for smoother sailing near the docks. It will increase the confidence of newer or more inexperienced individuals when putting a boat out and dramatically improves the low-speed steering responsiveness of jet-drive boats even for experienced sailors. The method does not need much technique to master and will shift your perspective on starting and ending your boating trips.

How Does It Compare To Other Systems?

While riding in jet boats with a similar product attached, you won't see as much of a difference simply because it doesn't have the additional features that the Thrust Vector can give. They have a full lock in place so that the piece can't pull up and out of the way when you hit the throttle. They can make you go more slowly with the combination of drag and fear of underwater impacts or catches while reaching high speeds. 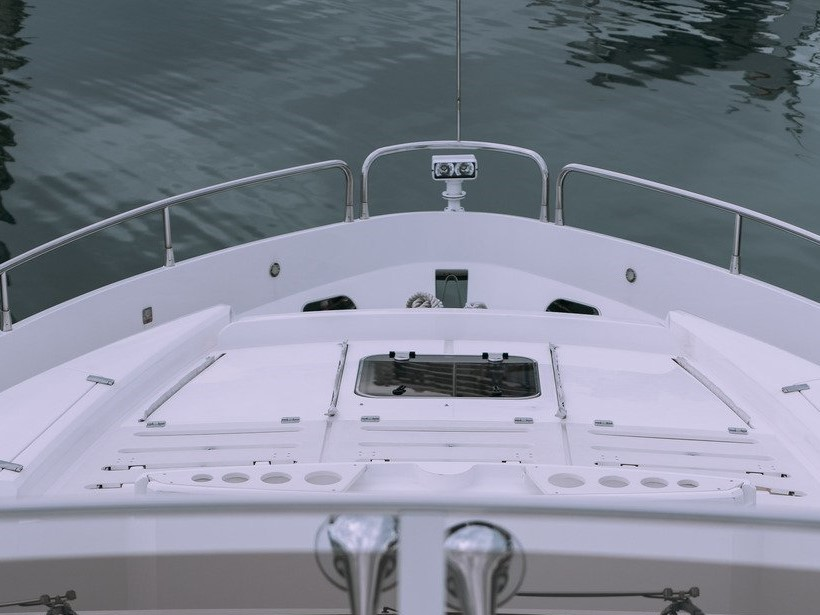 Why Does Low-Speed Control Matter?

Aside from simply making it easier to handle at low speeds, low-speed control systems like the Thrust Vector can ensure that you are safer and more protected as you leave and return to the dock. On a group ride, the safety of your passengers is imperative. Having a flexible and raiseable control system ensures that no bumps or drive changes will happen during your ride at higher speeds so every rider stays in a seat. It also ensures that you won't make them sick with a wobble when reducing engine speed in no-wake zones.

More than anything, these materials help you avoid costly damage to your boat and prevent accidents in the no-wake zone. Your steering is much more responsive with a Thrust Vector and the whole jet boat is easier to maneuver. Even if you need an inexperienced individual's help, or when you're training someone to dock, you won't have the concern that you have without the additional help. Even with winds or chop, you can maintain course without needing tighter focus on your path.

Save Your Boating Experience!

With the confidence given to you by the additional control, speed isn't an issue you have to worry about. Low-speed control systems can save your boating experience and can save your boat, and we develop the system to help your and our own practice with the problem of bow wandering.